Vidyut is having latest manufacturing facility in industrial area of Adipur, Between 2 International Kandla & Mundra Port. 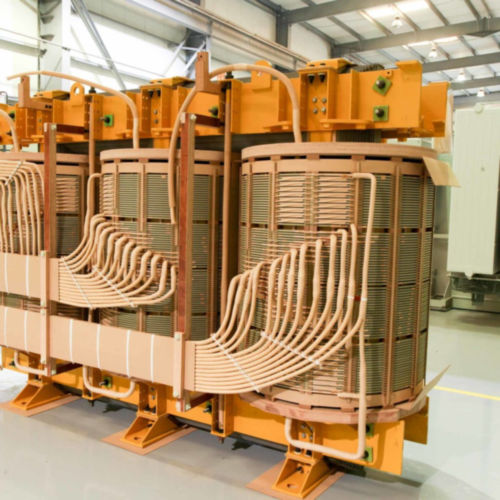 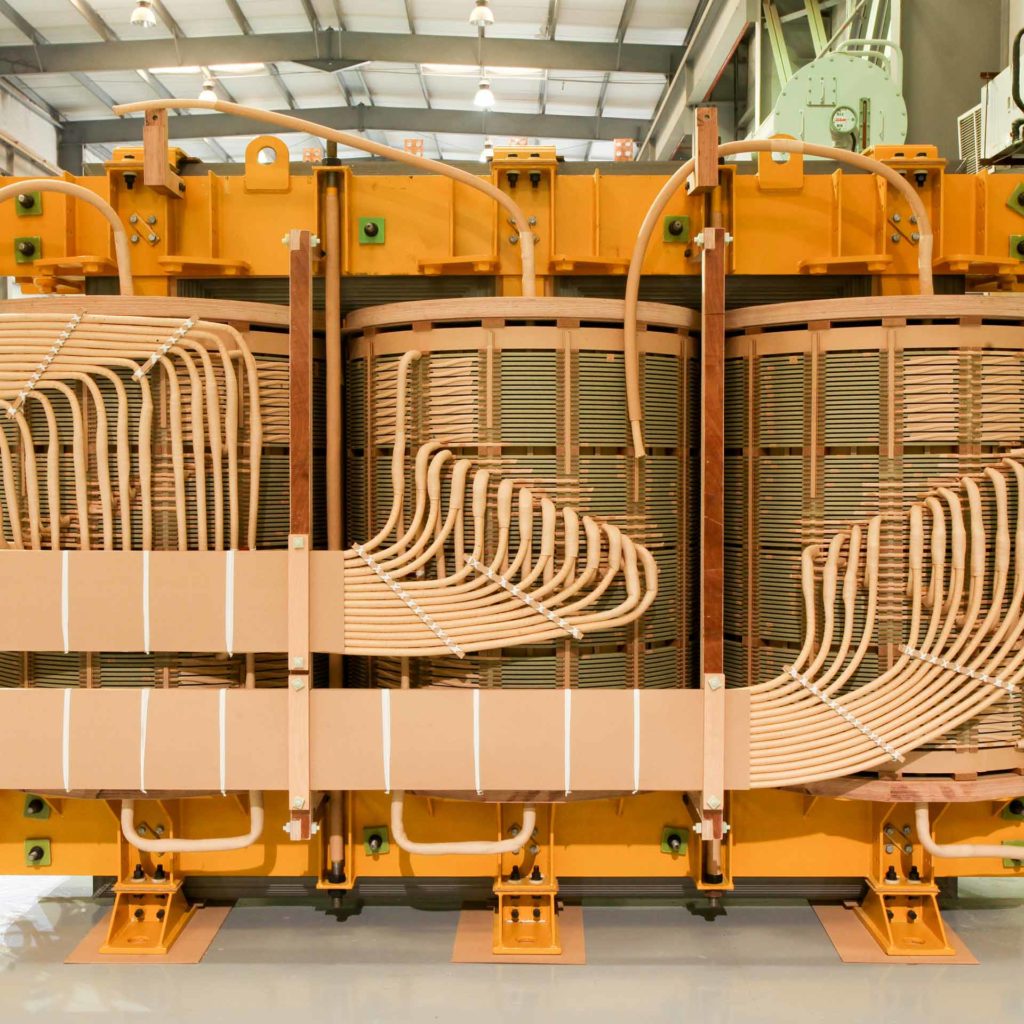 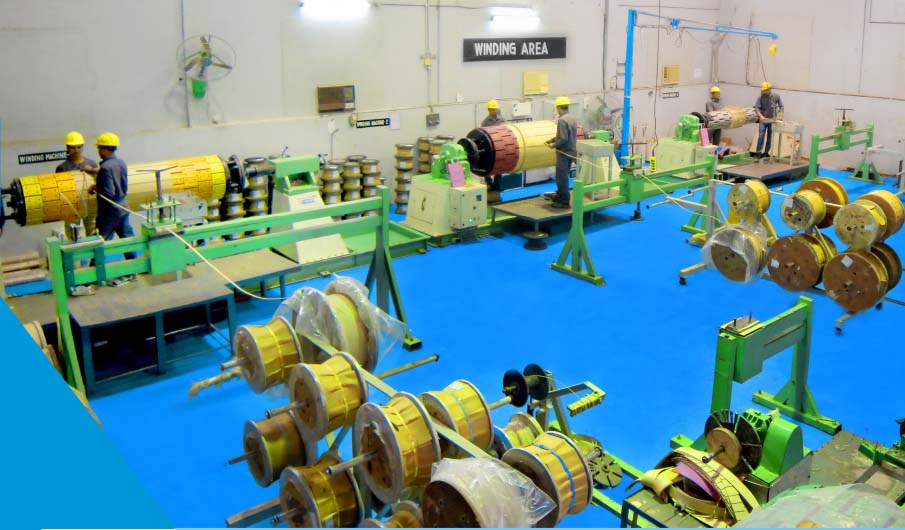 We have separate winding shop with 8 No. of Winding Machine Facility up to Manufacturing of 100 MVA 220 kV Class Windings with only collapsible former & Electric Bending Machine & Hydraulic Shearing Machine in shop.

Disc winding is used for high voltage winding. For higher voltages the interleaved form of the disc winding has a great advantage to increase series capacitances and consequently to obtain uniform transient overvoltage distribution on the winding.

Helical type windings are used for most low-voltage windings. Each turn consists of a group of conductors which are continuously transposed to reduce eddy losses.

Regulating winding is a helical type of winding and designed in such a way that each tap winding segment is evenly distributed over the entire length of the main windings.

By using such windings, the Ampere turn distribution provides an electromagnetic balance regardless of the selected Lapping position.

Cross Transposed conductors (CTC) its special type of winding which reduce the additional losses. It consists of a number of transposed bunch profile conductor.

Careful after treatment plays a decisive role in order to prepare the windings for the high demand of operation. Therefore they are pressed, dried under constant pressure, oil-impregnated, exactly Measured and if required, readjusted geometrically

At the assembly stage, the mechanical stability of the windings plays a particularly important role.

End and tapping leads of all the windings are connected by special extra flexible, insulated copper cables, which are rigidly braced in position. In oil forced units, oil is circulated inside the winding by specially designed pipes of insulated materials.

High mechanical rigidity is achieved by hydraulic pressing at calculated force and tightening all pressure screws. The core-coil assembly is put into the oven for dehydration process.

Another main component besides the core and the winding is the tank of a Power Transformer. It accommodates the active part and the oil filling. After vacuum drying process the active part is removed from the Oven and all components subject to the shrinkage are tightened again. The core & cel assembly is then placed into the tank and property lacked up during the transformer manufacturing process.

The temperature and exposure time is monitored during this time to ensure that the transformer is not too cool by the time it is get off from the oven. While in higher rating transformer, the vacuum is drawn for a period of time dependent on the voltage of the unit and time for which the active part was exposed to the atmosphere and the humidity at the time. The vacuum period is between 12 to 35 hours. Meanwhile the external wiring and termination work to be completed as per customer requirements.

The process of manufacturing quality transformers is critically dependent on testing of raw materials, components and final assembled product. We are equipped with state of the art testing facilities to perform all routine and special tests.

The design element quality control is carried out at each manufacturing step. The final tests are made at the automated test field. Our transformers go through various below tests in our laboratory order to deliver the best of the transformers that are reliable and maintenance free.

Our Transformers undergoes below testing at each manufacturing step 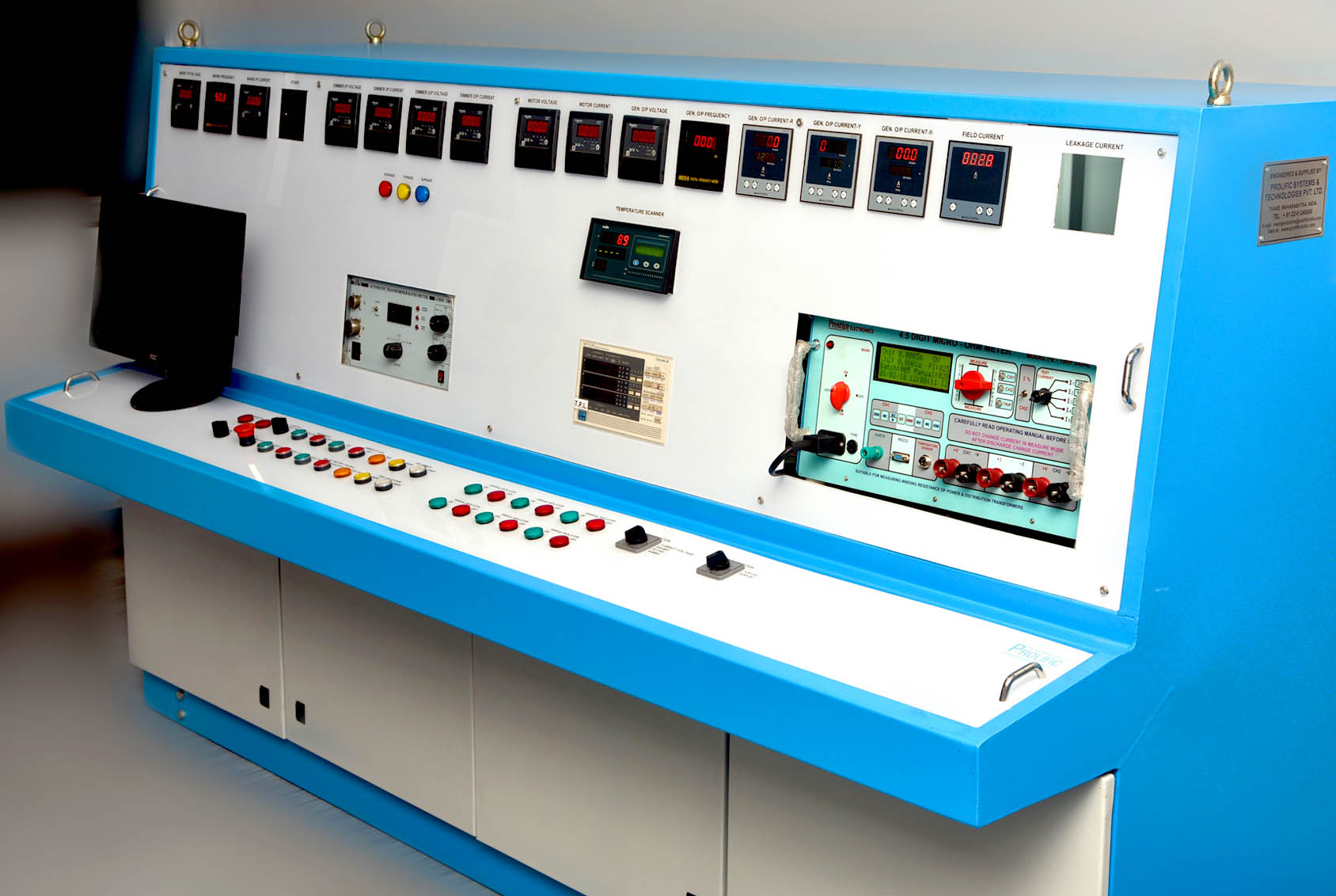 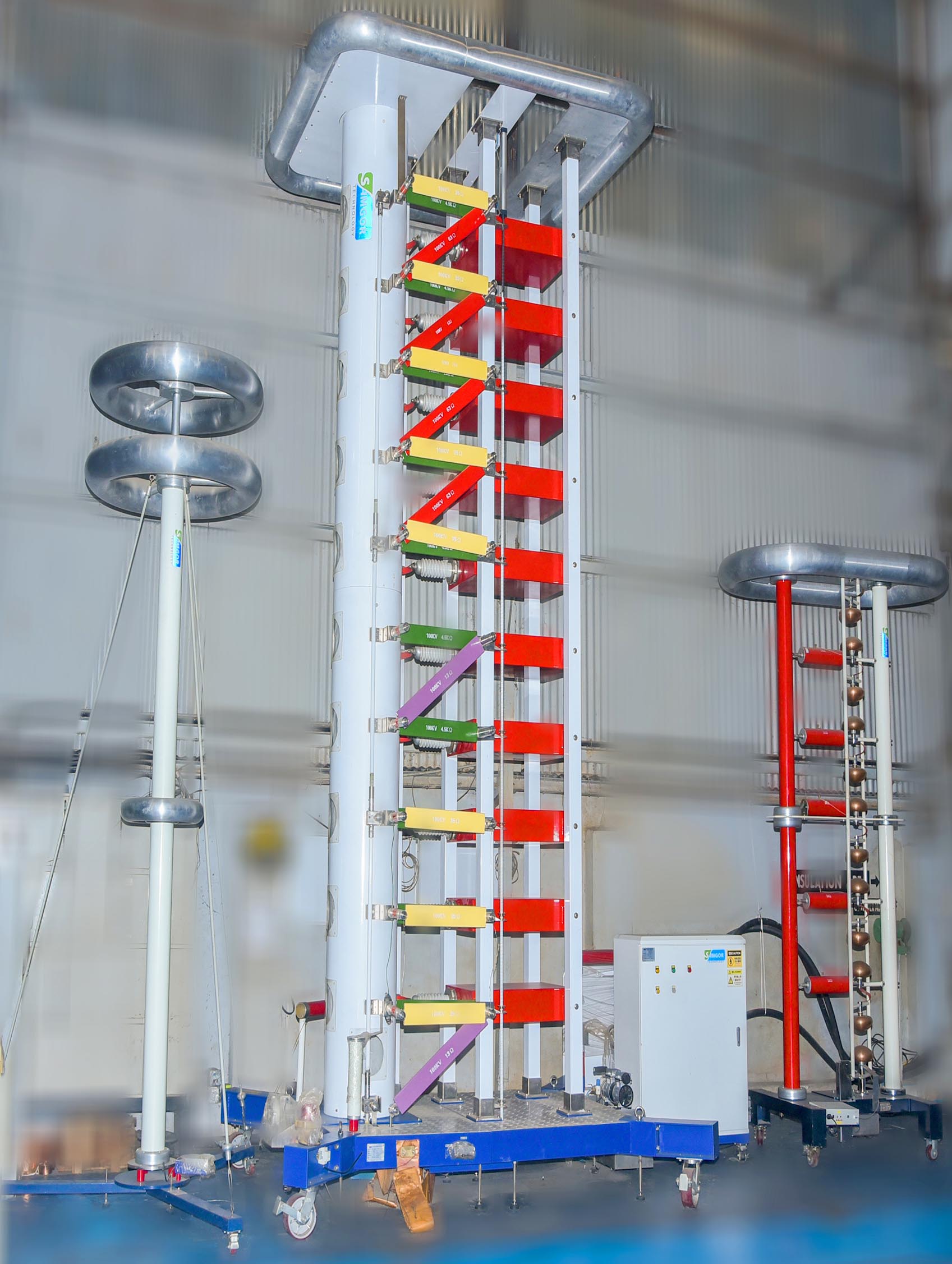